I like having a bike project on the go. Something to look forward to. Something to take up time when I should be working and to ponder whenever glancing idling at the calendar. Recently, meticulously planned new bike builds with geeky spreadsheets have filled much of that time, but now that the FF29 is built, the singlespeed CX bike is re-modelled and a few other bits and pieces have been upgraded, it is time to put the materialistic part of me to one side and get on and ride the damn things.

The current itch and long running project is to ride the Scottish National Trail. I am writing this post over a year after Cameron McNeish’s route launch, and almost a year after BBC’s Adventure Show covered the route. Although it was always to be a long term plan, progress has been rather slow.

To date, I have spent multiple evenings poring over OS maps (on paper and in Garmin BaseCamp), often with Cameron’s book as a handy reference for his suggested route. In riding terms, sadly only one day has been undertaken thus far, and whilst I had intended to write that up after riding a few sections, I had better press on before my hazy memories disappear forever. 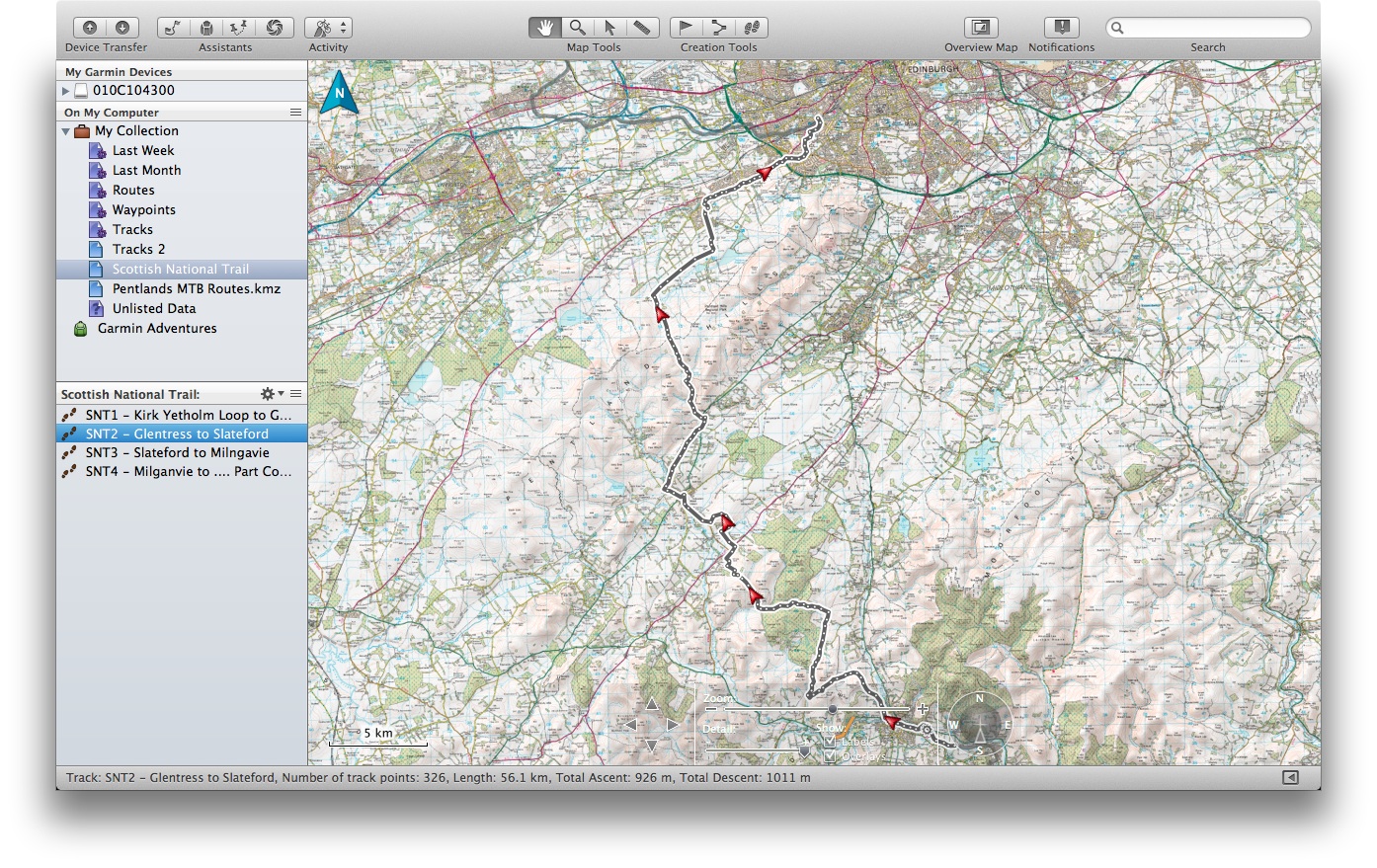 More on the route in later posts, but the basic premise in creating the trail was a trail for walkers running the length of Scotland using existing routes and tracks. Whether it will all be suitable for riding remains to be seen and I suspect that a few sections might require a bit of a rethink. The trail runs from Kirk Yetholm in the Scottish Borders, to Cape Wrath in the far north west. The appeal for me lies in exploring new trails and more than that, new areas. I have never ventured to areas such as Torridon, never visited Kirk Yetholm and never been much further north that Ullapool and Inchnadamph. Even in areas I have visited, there will be new paths I have never stumbled across.

Foregoing the intended first “stage” from Kirk Yetholm to Peebles (I am breaking it down into day sized chunks for mountain biking) , I instead began the second leg from Glentress to Slateford on a chilly but sunny early March day. Logistically, this worked well – a bimble around Glentress with friends in the morning, a spot of lunch in the cafe and then a solo ride home via Slateford (handily only a mile or two from home). Although not the proper first stage, this would include a neat finish by the trail’s plaque at the Water of Leith centre in Slateford (oddly lying neither at the start nor the finish of the official route, but 80 miles in). Presumably Alex Salmond could not be persuaded to get his wellies muddy in Kirk Yetholm or Cape Wrath when unveiling the plaque. 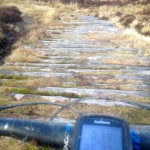 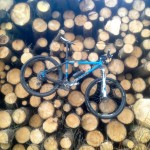 After a gentle start along the river from Glentress towards Peebles, the route soon turned uphill out of Peebles onto Hamilton Hill – already a new hill and path to me. The early afternoon sun had me down to shorts and top on only the 2nd of March, which was probably a bit ambitious (I was layering up again half an hour later). For the most part the tracks were good, although became a bit indistinct as I waded through farmyard mud by Upper Kidston Farm on my way to the Meldons. Briefly dropping down to the minor road from Eddleston (a favourite of mine on the road bike), the tarmac is short lived, giving way to a firebreak track and eventually an open climb round Drum Maw and down to Romano Bridge. Avoiding the obvious minor road (as the route often does, sometimes frustratingly) I added a bit of distance and fair amount of time skirting through farmland before eventually joining the very same minor road for the run into West Linton and on to more familiar trails – the Roman Road which connects West Linton to Carlops – a handy link for anyone mountain biking in the Pentlands. Very good of those Romans.

From here, I knew I could look forward to a stiff climb on a good track to North Esk Reservoir and then an often muddy track up to the Bore Stane. There are various trails in the Pentlands I only ride when bone dry and this is one such trail. Thankfully February had been relatively dry and the trail was mostly rideable with just a few dabs and a little wheel spinning. Over the top and on to  “Xylophone”: an inviting looking path, but made from a long line of greasy, polished logs placed side by side for a few kilometres. Polished logs lead to bum notes in the wet so I generally used the peaty singletrack to the side where available. Down to Listonshiels and avoiding the fast road down to Balerno I slogged through the slightly boggy “path” (sheep track is probably more accurate these days) towards West Rigg before a spin through Balerno to clean the tyres on the road (mostly in my face) and on to the Water of Leith walkway to Slateford. 4 hours 40 minutes after leaving Glentress was a reasonable ride – the time not helped by various stop to add layers, remove layers, add layers again, and a few short detours through muddy fields trying to find paths through farms.

A good start to the trail – 99% rideable, some new trails, some old friends, and not a drop of rain. Now, about that first leg…

The GPX for my “Part 2” from Glentress to Slateford can be found here.