The South Downs Way has become something of a classic in British mountain biking, particularly for the “double” efforts of a number of ultra fit endurance riders in the South. For that reason, plenty has been written about the route in the past, and so only a few short words are probably justified here. 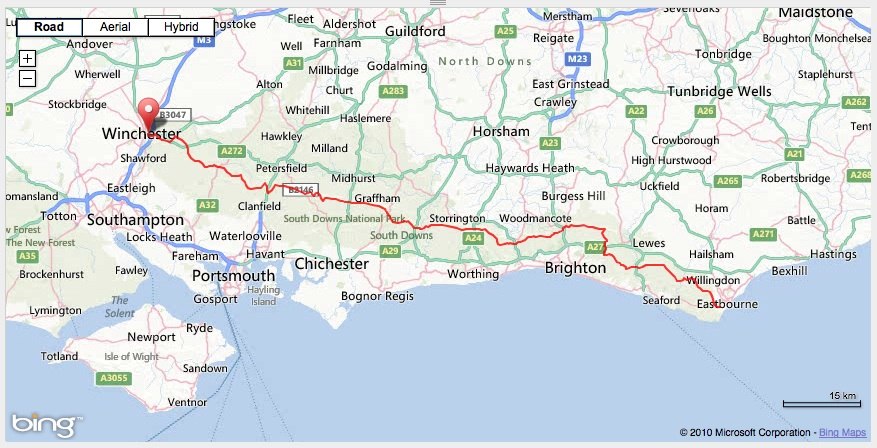 Originally intending to ride West to East (as is probably more common), a relentless north easterly wind in early April 2013 saw me changing my plans and hopping on a (very) early morning train to London, and onwards to Eastbourne. I rolled up to the start line and up the aptly named first climb at “Warren Hill” in temperatures of about 2 degrees and glorious sunshine which lasted for all of 20 minutes before it became cloudy but reasonably bright for the rest of the day. 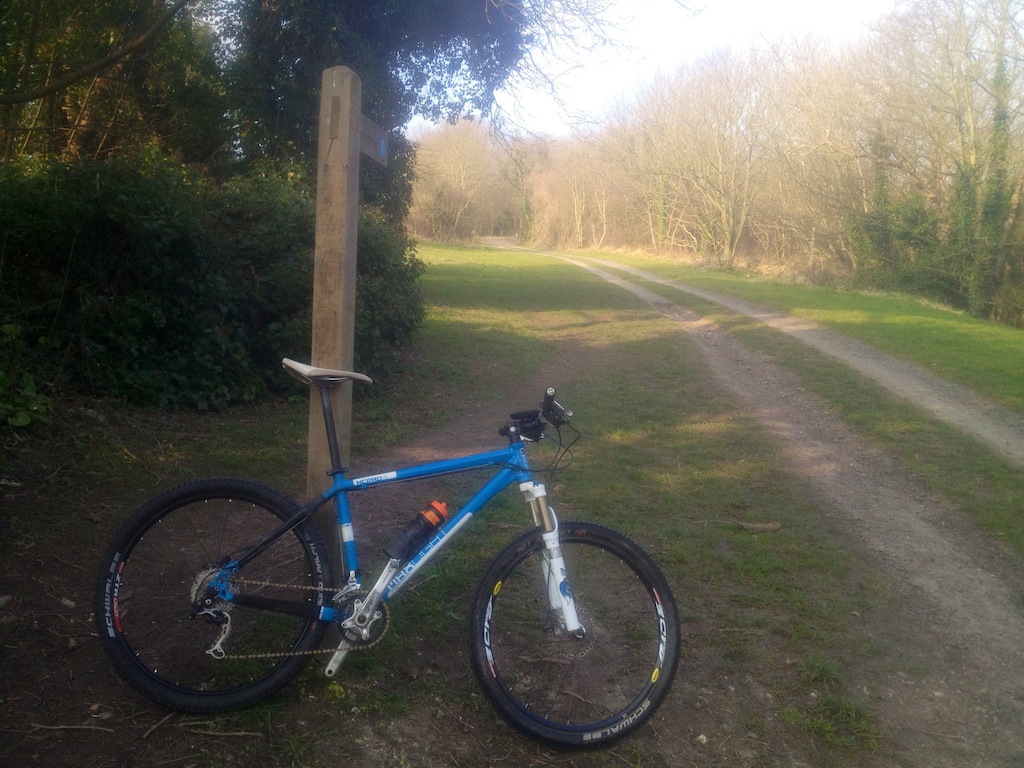 Not being terribly familiar with the route, I had downloaded a GPX file from southdownsdouble.net which I stuck on my Garmin 800 to keep me on route. This was not really essential, but did prove quite handy a couple of times for alerting me when I had my head down and overshot a junction. At least the angry “chirp” from the Garmin saved me from descending too far down the wrong track. The route linked to above diverged slightly from the current waymarked route in the final third, but I stuck with the GPX route to follow the tracks of dozens of riders before me. I had no real ambitions for a fast time – I knew I would still be some way off of any records, so settled for aiming to finish in daylight and enjoying the ride.

The relentless north easterly wind was a mixed blessing. A week of dry weather and strong winds had meant that the dreaded wet clay was dry and fast and on the whole, and the wind was more behind me than in front of me. A constant wind is quite wearing though, and being a side wind really, it wasn’t all plain sailing. I recall pedalling ridiculously hard down one north easterly facing descent which looked like it should be much faster than it was, and a few gruelling climbs which were a bit more into the headwind than I would have liked. I shouldn’t complain though – I passed walkers at one point with hoods up and heads down so low to shelter from the wind that despite walking towards me up an open hillside, they didn’t spot me until I gave them a cheery hello when passing. That certainly woke them up.

The route on the whole was fairly pleasant – good open views for much of the route, completely rideable climbs and, being a weekday, not too many walkers to slow down for. The route profile suggested bigger climbs in the first half, with a slightly flatter section higher up the ridge on the final half before the run down to Winchester. I told myself that a few times in the first half, trying to convince myself that the second half would be faster. By the time I was on to the last third, I kept telling myself that “surely this is the last notable climb”? In looking at the route before hand, I had clearly missed Butser Hill, which at that point in the ride can be best described as a big grassy wall. Granny ring engaged, I was satisfied just getting up it without wobbling to a standstill.

After that last serious climb, I pedalled squares over every little rise thinking “I’ll be able to see Winchester from the other side of here”. That became a bit of a hollow sentiment after half a dozen such climbs though, and I was glad to eventually find some fast, smooth roads to roll towards Winchester on.

Overall a great day out, but a few headwind sections took a bit more out of me than I had expected. I rolled up to the statue in Winchester after a little over 11 hours and just under 100 miles, technically after sunset, but still not dark enough to merit my proper bike light. Job done.

I wonder if I would have been quicker on a 29er…